Almost every Japanese elementary school has a statue of Ninomiya Kinjiro. The statue shows the youth in his famous pose, studying a book whilst hauling firewood on his back. The message needs no words – everyone has the opportunity for self-improvement, regardless of circumstance, by being diligent. Some people also take the meaning that one shouldn’t make judgements based just one what one sees.

Ninomiya Kinjiro lived at the end of the Edo Period (19C), around the same time as famous ukiyoe artisit Hiroshige, in a small town near Odawara (Tokaido Post Town #9). (There is a town called Ninomiya near Odawara on the modern Tokaido train line, but apparently this is just coincidental). On adulthood, his name became Ninomiya Sontoku, and he espoused the virtues of  four principles – diligence, sincerity, modesty, charity.

Sontoku’s descendants established the Hotoku movement, based in Kakegawa, to cultivate the concept of cooperative associations for both industry and agriculture. Visit Dainippon Hotokusha, near Kakegawa Castle, to enjoy the complex of preserved buildings dating from Meiji Period (second half 19C) to 1927. 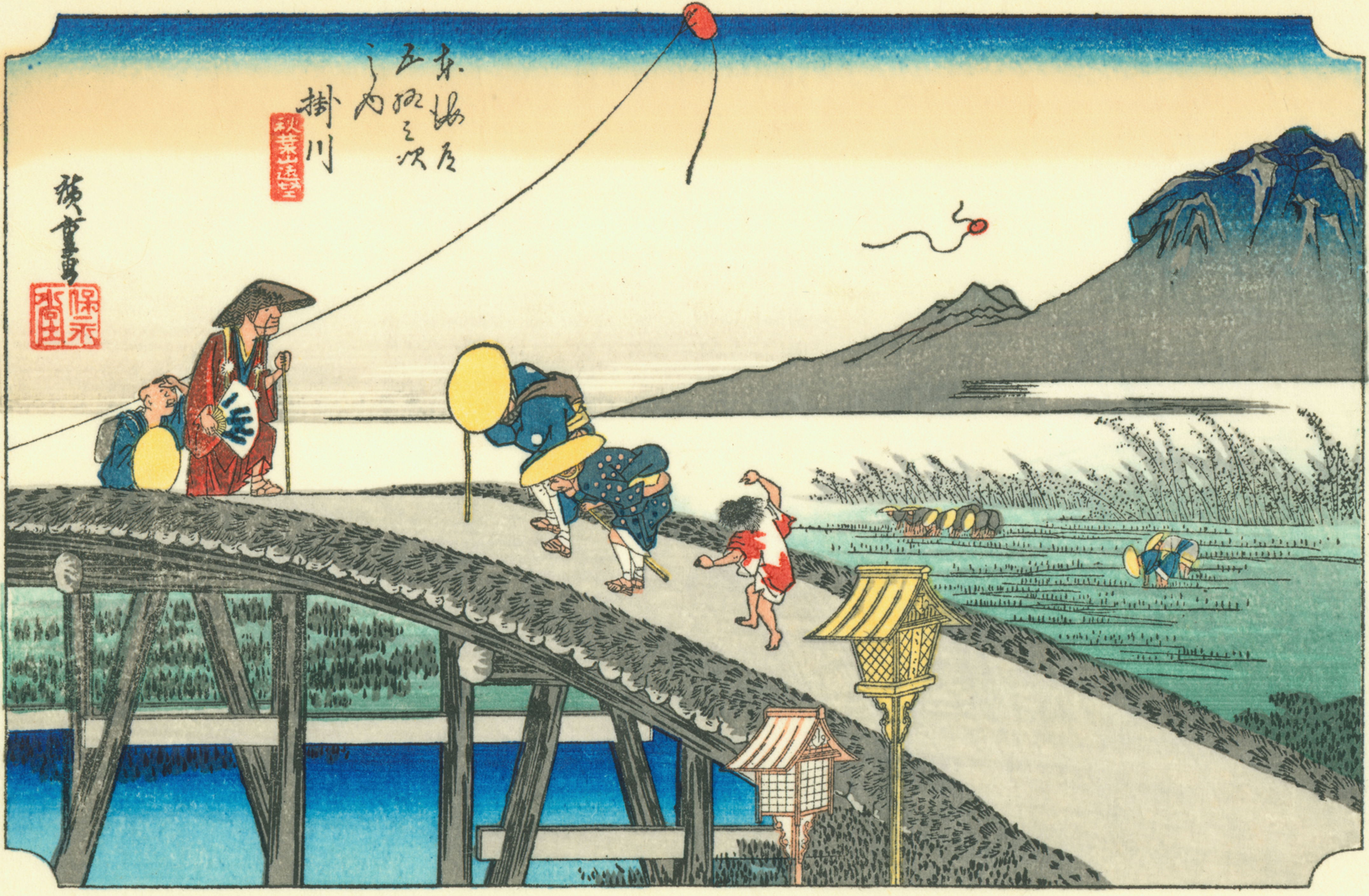